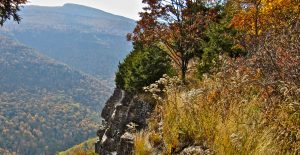 The 17th Annual Catskills Lark in the Park is Saturday, October 3rd through Monday, October 12th, 2020

The 2019 Lark offered over 50 events ranging from hikes to paddles, mountaintop yoga to fly fishing instruction and cultural events to cycling —  something for everyone. The tradition of highlighting the outstanding outdoor recreation available in the Catskills and the history of the Catskills region will continue…

Since its inception in 2004 to mark the 100th anniversary of the founding of the Catskill Park, the Lark in the Park has brought together thousands of people who have participated in hundreds of events sponsored by dozens of organizations, all aimed at heightening awareness of the Catskill Mountain region of New York State.

Recognized as America’s First Wilderness, the Catskills have played a crucial role in forming our sense of wilderness as a place of intrinsic value that should be protected. Early American artists such as Thomas Cole, Asher B. Durand and Frederick Church celebrated and popularized the notion of nature as sacred in their Hudson River School paintings. Similarly, authors such as Washington Irving, James Fenimore Cooper and William Cullen Bryant wrote stories, novels and poems that spread the word about the Catskills worldwide. A few decades later, Catskills native John Burroughs famously wrote about the area with the eye of a naturalist. One of the most important early writers of wilderness and nature, his articles were published in national magazines and his books sold widely. The modern conservation and environmental protection movements can be traced to the Catskills, in no small part as a result of these early works of art and literature.

Today we celebrate the Catskill Park and Mountains annually with the Catskills Lark in the Park. From hiking to paddling to cycling, and from natural history to human culture to stewardship service the Lark offers everyone opportunities to live and learn in and about nature. There could be no more appropriate place for this celebration than the Catskills. We hope you will join us.

The coordination of this event is managed by a partnership of the Catskill Mountain Club, The Catskill Center, the  New York-New Jersey Trail Conference, and the New York State Department of Environmental Conservation. 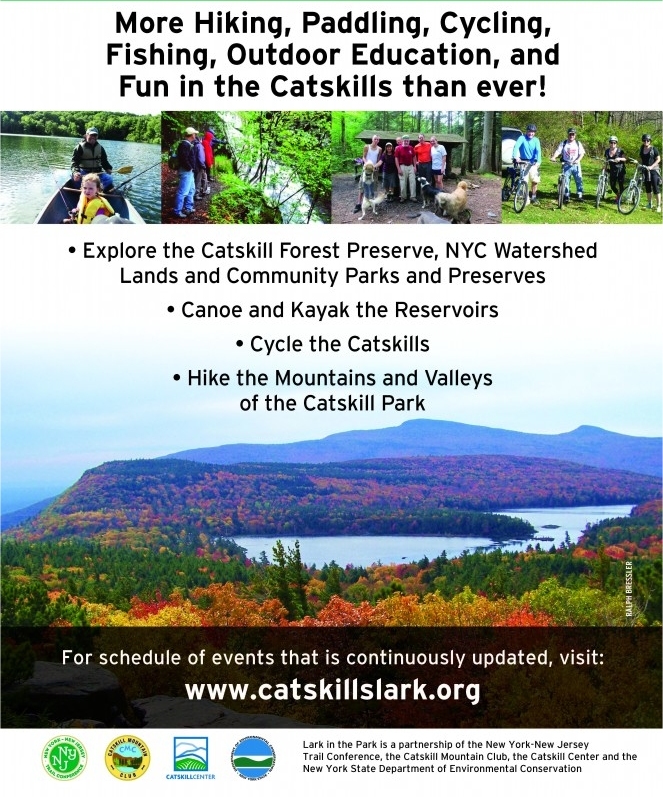 The Catskill Park and its Forest Preserve is a 705,000-acre patchwork of public (nearly 300,000 acres) and private lands in the Catskill Mountain Region of New York State. The New York State Department of Environmental Conservation is responsible for managing the forest preserve lands (which are considered “forever wild”) within the Catskill Park. The primary objective being to provide outdoor recreation and access. In addition to the public Forest Preserve lands, the New York City Department of Environmental Protection owns and manages over 150,000 acres of land to protect New York City’s watershed for drinking water. The remaining land of the Catskills is owned privately and hosts services for visitors and residents, including lodging, restaurants, cultural institutions, farm stores and entertainment venues.

The 2019 Catskill Mountain Club’s  Annual Dinner will be on Sunday, October 13th.  Mark your calendars and make sure to join us this year.